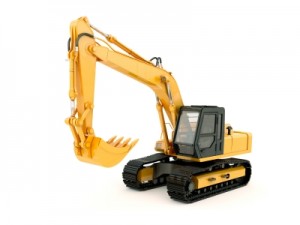 This is to the internet, what a butcher is to surgery

Just a quick note about this article. While writing this article I experienced an internet outage for a little over 12 hours. Imagine the irony.

This is probably one of the most likely issues to occur this day and age. Give that the Quirky Imports is only about 15 staff then most likely the business is running on one or two standard ADSL connections.

In this scenario a few other items need to be taken into consideration such as does Quirky Imports use cloud services such as Exchange 365, or VOIP? The more reliance on cloud services the greater the issue is (But not always the case as we will see). I will cover a few scenarios on this issue so we can gauge the pro’s and con’s of using such systems.

Now to the disaster.

Let start with a short outage.

4 hours or so (Maybe the bill wasn’t paid on time, or a modem died). This type of issue isn’t going to have a huge impact on your business. Most likely the staff in the office will be able to find alternative things to do while the internet is back up. Lets work out the damage to the business is that staff productivity is reduced by 40% across the organisation (This might actually be closer to 50-60% in real life)

So 15 Staff x 40% of $25.00 which is $10 = $150 per hour worth of lost productivity x 4 hours = $600 worth of lost productivity. This is using 40% loss which is fairly conservative given that after the first hour or so the things that can be done start to dry up. Also if your sales people are out of the office they have lost connection to their email for that time so they may be severely impacted.

There are a few more items to take into consideration such as the sales team were unable to get prices from your suppliers so they were unable to produce quotes during that time, so there is a slow down in income for that week (I would assume that quotes would then be caught up over the next day or so).  So for this day we only did $6000 in sales. Plus you need to pay the dispatch staff 1 hour overtime to get the orders out on time for that day. (3 staff x ($25 x 1.5) = $115)

Phones still work as they are old tech but the email system stops flowing during this time as the email is hosted onsite. Email servers should be able to handle a 4 hour outage by delaying the email delivery. There is also 1 call to an IT company to check the internet connection (.5 hour x $150 per hour = $75.00)

File shares do work however, so staff are still able to use software and files locally.

So total cost for the 4 hour internet outage works out to be about $6800.

This would take the total cost to a little over $7000 for the 4 hour outage.

So lets get into the worst case scenario. A tractor that was building a new building a few blocks down cuts through the telephone cables in the ground and knocks the internet off for 2 full days. I have seen this happen more then once within 12 months so it is a real possibility. (One of the cuts was leading up to an exchange so it knocked a whole suburb offline for 4 days while they reconnected it all). This could also be a antenna that is blown out of alignment for wireless connections etc.

After day 1 there is nothing to do so the productivity of the staff I would place at 10% or original. Phones have been diverted to mobiles so phone calls are still coming in but all of the filing has been done.

Emails are now being bounced back to the sender which means a reduction in sales over a week or so until things get back up to speed so take $1000 off daily sales for 5 days = $5000. IT costs remain the same @ $75.00 because there is nothing they could do past the initial call out.

There is also the issue that no payments processed during these two days. Given that file shares are onsite however some work is able to continue as applications such as MYOB and other applications continue to work. (Word processing, excel etc) 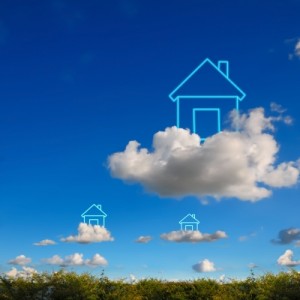 Your data is safe when you can’t touch it.

In this issue the cloud actually comes out a little better because email continues to flow and is accessible from mobile phones, also the VOIP company was able to redirect the phone system quicker due to self service so some systems were back up quicker.

Some systems however would not heal from the outage such as document management sites (Sharepoint, Google Docs), Also if you used a cloud accounting package then this would be offline until the issue is resolved or you would allow staff to work remotely.

Sales still flow slowly as phone calls are able to be made etc so they come in about 50% for the first day at 40% for the second. This means a loss of only $11 000. (This may be different depending upon if the sales processing system is cloud based, you may have had a lot of sales with no way of processing them)

Given that emails still flow the quotes etc are able to be done over the coming days but the 4 hours over time for the warehouse still needs to happen as they have a hard time booking pickups.

So here the totals come out to be

So as you can see from a very real possibility the costs quickly add up to well in excess of what a disaster recovery system may have cost in the first place. Even if you halved these numbers the issue is still a very real one. Also these prices do not take into effect the cost of things like rent, electricity etc which while they are not income generating you still have to pay while your ability to generate income is reduced.

So what real life things can be done about this type of disaster to minimise these issues.

Firstly you could run multiple internet links. Now there are some gotcha’s with this. If you run two ADSL links and they cut the cable then you have two dead ADSL connections. So you would look for an alternative such as a 3G link. These are often expensive to use lots of data on so you might look at a cheap plan with a pay as you go connection so for that time you have a large bill but the business keeps running.

Diverse paths for your internet would be the best bet for this type of disaster. Using a device that can do load balancing and fail over such as a Sonicwall which will automatically flip over the connection would be the way to go.

In the first scenario this would have made a difference as they start to give you money back if the service is out for a certain amount of time (But you pay more for the connection) in the longer issue then the type of link doesn’t matter.