Adding Office Web Apps to SharePoint 2013 I thought would be a fairly simple process.

That all appeared to work fine until we tried to access the main site in the SharePoint farm and were presented with the following error.

At first it appears to be a fairly minor error. So I performed an IISRESET to try and see if a restart of the web services would fix the problem. Unfortunately this did not fix the issue.

I did notice however that site collections within the Web Application were working fine for example if I went to http://sharepoint/sites/wiki the site was functioning correctly and all the information was there. So what ever had happened had just affected the main site.

After much researching and trying different fixes which did not fix the issue I ended up performing a backup of the entire site. Removing the default Web Application and restoring the entire site back from the backup. This did resolve the issue and I thought that that was the fix but actually all it did was correct the miss configuration.

A few days later while working on the site I noticed that the the same issue occurred when I made a modification to the Managed Paths. Now the penny dropped. The issue was caused by changing the root (/) managed path from an Explicit inclusion to a wildcard inclusion.

To resolve the issue I just had to change the Managed Path back again. So into Application Management and Manage Web Applications

Delete the root managed path which is a wildcard inclusion and then create a new managed path for root that is a Explicit inclusion. 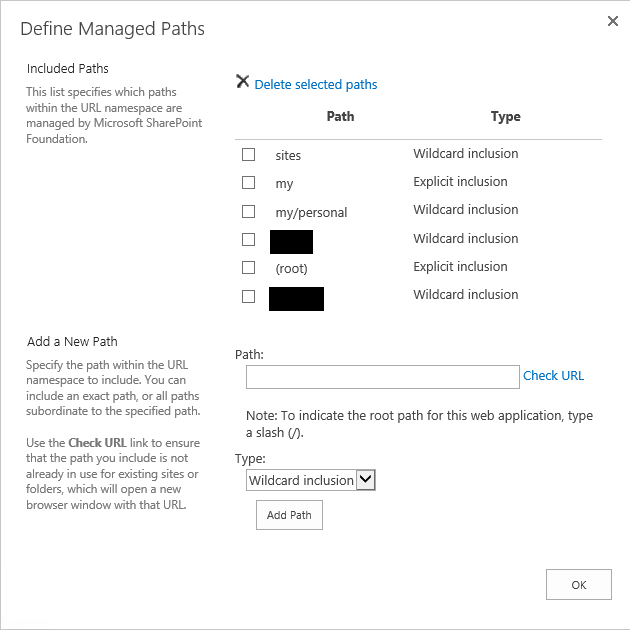 After this was done I also had to clean up and Site collections that had been created in the wrong place or move them to a new location.

This error doesn’t have to appear on the site root. It can happen to any managed path location which is modified. Once I worked out the issue it started to make a lot of sense as you cant publish a site collection to a Wildcard inclusion and the root site should be a Explicit Inclusion.